Are you looking to liven things up with your lover ? Perhaps sex has become a bit so-so? Or you’re bored of the bedroom setting? If so, shower sex is the sure start way of ramping up the passion - and without having to try anything too out there.

However, there’s no point skimming over some of the unfortunate realities of getting raunchy in the shower. There are a whole host of slippery challenges and water-based hurdles to overcome - but that doesn’t mean it can’t be fun and risk-free.

Polly Shearer, bathroom expert here at Drench claims, “According to our research, searches for “shower sex” peaked at an all-time high (over the last 15 years) in July 2021 after ​​Sex/Life's now-infamous shower scene. Fans of the show went crazy over the full-frontal shower scene, with many looking to Google for more information on shower sex.”

So, to help you have sex in the shower safely, we’ve surveyed 515 adults to uncover the top injuries and disappointments of doing the deed in the shower.

We then enlisted the help of a sex expert, Girl on the Net, to divulge into the best shower sex positions to combat the nation’s gripes.

54% of Adults Have Had Sex in the Shower - But Were They Successful?

We’ve all seen the steamy shower scenes on TV and films, which certainly make bathroom bonking look like a good idea. But how many people have actually taken part in these frolics, or do people prefer to just see it on-screen?

According to our survey results, surprisingly more than half (54%) of adults have had sex in the shower - making it a steamy one. We also analysed 410 shower sex posts on the subreddit “r/sex” to reveal just how many people enjoy having sex in water. That includes hot tubs, showers, baths, pools, ocean lakes and more. We found that 38% of those who have tried water sex recommend it!

Here is what our survey results reveal:

The Top Disappointments of Doing the Deed in the Shower

The nation has a lot of hang-ups about shower sex, apparently. However, these pet peeves bothered adults the most:

Shower frolickers stated the most disappointing thing about shower sex is that there’s simply not enough room, with almost 1 in 3 (32%) picking this as their pet peeve.

Reddit users agree, sharing their annoyances of shower sex, one user said: “My only problem with shower sex is the size of the shower.” With one redditor stating perhaps a walk-in shower is in order.

The second biggest disappointment is the fact the shower is slippery, making it difficult to balance or get rhythm, as stated by 1 in 5 adults (20%). This could uncover why a quarter of bathroom romps have led to a broken fitting. We spoke to Emily, 26, who revealed her slippery shower sex antics led to a trip to A&E. “My boyfriend slipped on the wet floor and accidentally pulled me down with him,” Emily says.

“We have a glass screen in our shower bath, and I grabbed the top part to stop me falling. The edge was really sharp, and it sliced my hand open, resulting in a trip to A&E and an awkward explanation to the doctor,” Emily adds.

In third place for the biggest annoyance of shower sex is the height difference between partners (15%). Although, it’s women who are more likely to have this gripe, with 17% of women saying this, compared to just 14% of men.

Our research also uncovered that shower rompers don’t like the sudden change in temperature, either. The fourth biggest disappointment, stated by 9% of adults, is that you’re either drowning in water or freezing cold as you stand outside of the shower stream. Chris, 30, agrees, exposing that the heat from the shower caused him to faint.

“When my new girlfriend invited me into the shower with her for the first time, I didn’t hesitate. But I guess the water temperature was too high, or maybe I wanted to impress her by putting in a lot of effort,” Chris confirms.

“Either way, all I remember is waking up on the bathroom floor...turns out I had fainted during our steamy session,” Chris said.

Interestingly, the fifth biggest annoyance is the fact you can’t carry on with your normal shower routine. 6% of adults apparently just want to carry on shampooing their hair instead of engaging in sexual activities. 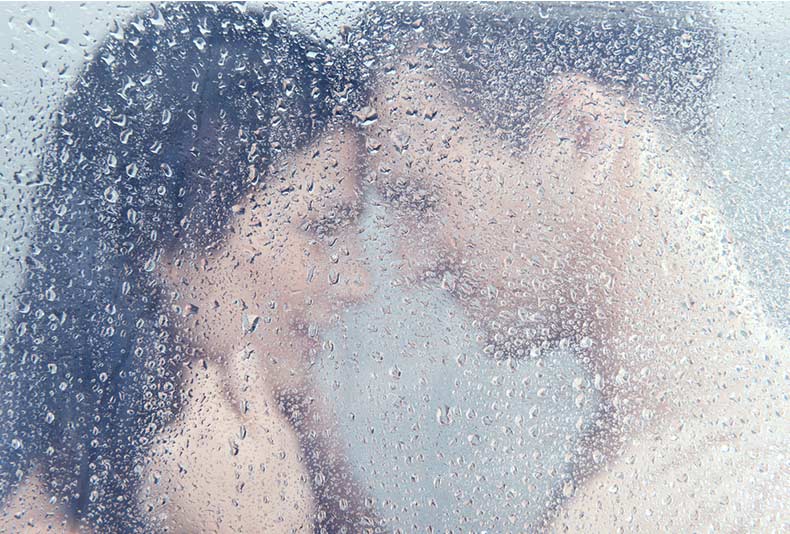 Revealed: 44% of Shower Sex Rompers Have Been Physically Hurt - Confirming There’s a Certain Knack to it

However, there’s no denying that getting sensual in such a slippy can be a recipe for disaster: lack of things to hold onto, a wet floor and super tight spaces.

In fact, our survey results revealed that 1 in 5 (19%) of adults have fallen over when getting frisky in the shower, and a further 1 in 4 (25%) adults have injured themselves when bonking in the bathroom. This results in an astonishing 44% of adults being physically hurt from shower frolics.

With this in mind, we asked those who have hurt themselves during shower sex to reveal the injuries they’ve sustained when getting steamy in the shower. These are the results:

Shower Sex Has Been ‘Back Breaking’ Work for 28% of Adults

It appears that respondents have really ‘put their back into it’, with 28% stating they injured their back from shower sex, making it the most common injury. It’s not hard to see how one could easily harm their back during normal sex positions, especially if you’re getting in to it.

If you’ve fallen over during shower sex, more than likely you’ve hurt your ankle/and or legs, like almost 1/4 (24%) of adults - making it the second most common from bathroom romps.

Thirdly, and by no means less painful is a neck injury – an unlucky 1 in 6 (16%) of bathroom bonkers have injured this. Perhaps from the awkward positions, or protruding shower heads, it appears it’s easy to tweak your neck during shower frolics.

The Most Likely Breakages from Bathroom Bonking

Not only can frolicking in the shower result in injury, it can be a costly affair too. Our study has revealed that for those who admitted to damaging something during shower romps – an astonishing 91% have broken the shower.

The item to witness the most damages is the shower curtain – 54% of adults have broken this during shower frisks. Leading to a very wet shower experience.

It appears shower sex has led some adults to not being able to shower for a while, with over 1 in 6 (15%) admitting to wrecking the shower fittings. This is the second most likely damage from shower sex.

A further 11% of adults confessed to breaking the shower door during bathroom romps, which certainly isn’t the cheapest feature to replace at £240.

Finally, 11% of adults surveyed said they broke the shower head during sex, which begs the question, how? 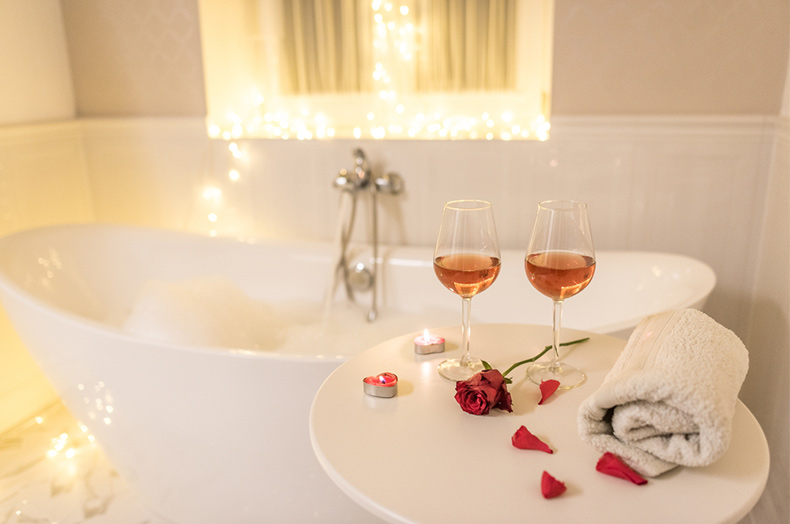 How to Have Safe Sex in the Shower, According to an Expert

Sex blogger, G, who runs Girl on the Net offered her expert advice for staying safe whilst having sex in the shower:

What’s the best position for sex in the shower to avoid any mishaps?

“The key thing with shower sex is to find a solid purchase that isn't likely to have you slipping and sliding everywhere, so standing up with one partner facing away and slightly bent over is a great position: that way you both have two feet on the floor for balance, and you can put your arms out to steady yourselves.

If you're lucky enough to have a shower seat or grab rail, make the most of those to ensure you don't slip up!”

When having sex in the shower, one person is either hot or freezing as they stand outside the shower stream, is there a way to tackle this or is there a perfect water temperature?

“When you're having sex in the shower, you ideally want the water to be slightly cooler than when you're showering normally - this is to avoid one person getting their head dunked under piping-hot water for too long! Somewhere around 37 degrees should do the trick - it's warm but not too hot!

You might even want to direct the stream slightly away from the centre of the action, so not taking the full force of the faucet directly to your head and face. That leaves more space for kissing, and also means you can get a look at your partner without having too much water pouring into your eyes!”

If you enjoyed reading this, perhaps you’ll like learning about what couples get up to in the bathroom?