It’s incredibly important that you select the correct pressure taps for the water system you have in place. Installing a tap that requires a high pressure to function in a low pressure system will result in a low flow rate or disappointing functionality.

Not all taps or showers will work in every home

Some work perfectly even on low pressure ('gravity') systems, whereas others require a minimum water pressure (measured in 'Bar') to operate properly. It's important to understand what sort of water pressure your home has, and factor this in before choosing your bathroom brass ware.

What Does Water Pressure Mean?

Water pressure is a measure of the force of the water moving through your pipes. Water pressure is measured in bars, with 1 bar being the force needed to raise water to a height of 10 metres. Each tap or shower will be rated with a minimum required pressure rating, typically between 0.1 and 3 bar.

Where Does Water Pressure Originate?

Water will enter your house at the cold mains under pressure, i.e. at 'high pressure'. If you have a combi boiler, this will then heat this water, and retain much of its original pressure, meaning a good flow. If you have a gravity system, the pressure from the mains will be lost and the pressure to your taps and showers will come from the force of gravity moving the water downwards from your water tank.

There are other water systems, other than gravity and combination boiler. For example, in new builds and for large houses it is common to see what is called an 'unvented', or 'megaflo' system. In this case, water is still stored in a tank, but it is stored in a pressurised environment so it doesn't rely on gravity to create any motion.

The water pressure you have and therefore the types of tap and shower you can use will largely depend on the type of heating system you have.

A gravity system is a low pressure system with a cold water storage tank (usually located in the loft) as well as a hot water cylinder. As the name suggests, the pressure supplied around your household is based upon the height in which the cold storage tank sits from the location of the taps around your house. So in gravity systems, every 1 metre drop from the water tank typically equates to around 0.1 Bar in pressure. 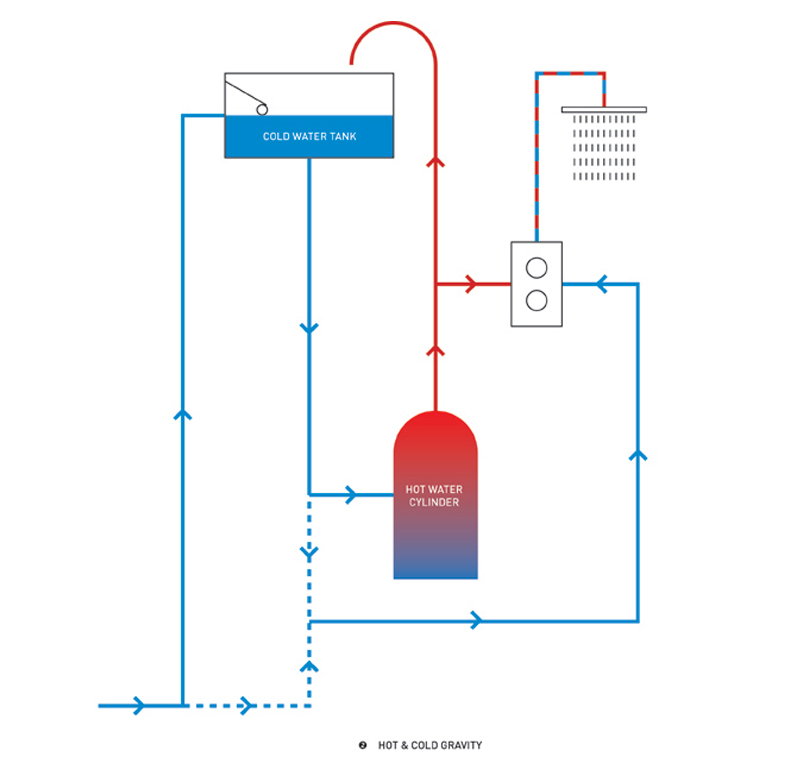 A combination boiler is typically installed in your kitchen at the point in which the pressurised cold mains water enters your property. It manages both your hot and cold water supplies as well as your central heating, giving it the name ‘combination’.

The combi-boiler system heats cold water directly from the mains supply as and when it’s needed when the hot tap is turned on. As the water supply comes from the mains, at mains pressure, your water will be of a high pressure and suitable for a large majority of high pressure taps provided you have a fairly good combi boiler. Pressures can vary from boiler to boiler, but the typical pressure expectation from a combi-boiler is somewhere between 1 and 2 Bar. Tap & Shower Options 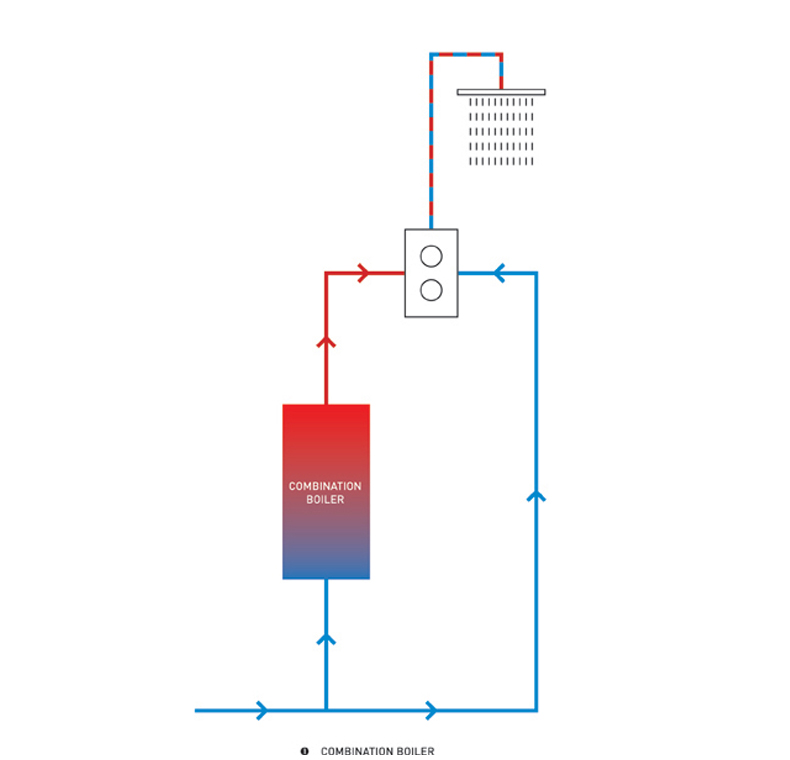 With an unvented water system (sometimes referred to as a Megaflo system), a main cylinder will be filled with cold water directly from the mains. Unlike a traditional gravity system, an unvented system does not require additional storage tanks and instead offers a much more simple solution.

The water held in the main cylinder is kept constantly under pressure by incoming mains water and then heated indirectly from an external source such as a boiler, solar panel, oil or electricity. Tap & Shower Options 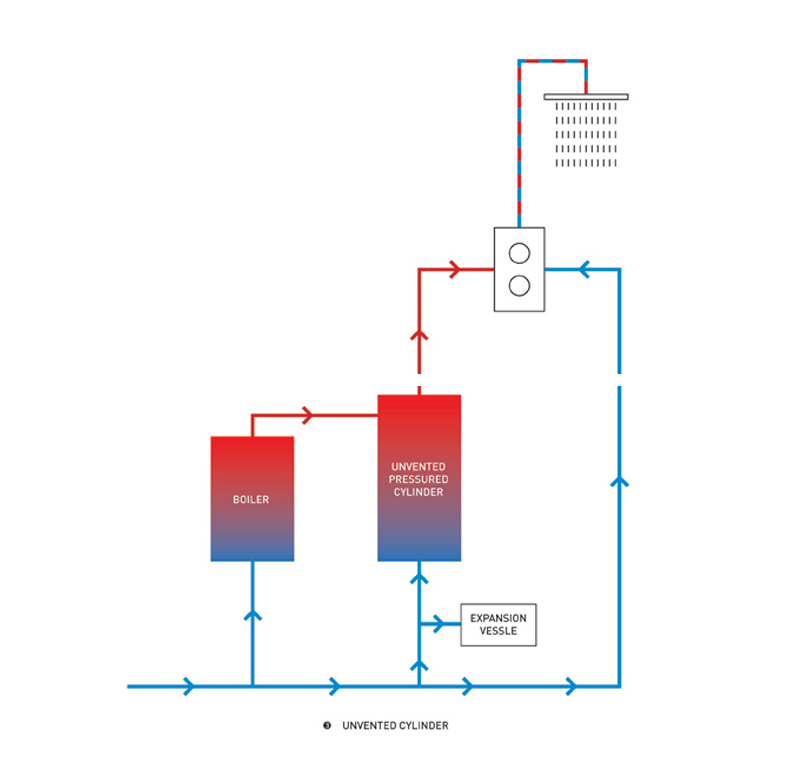 Always remember that this is just a guide. There are many other factors, such as the direction and bends of the pipework or the size of those pipes, which can affect water pressure.

If you are unsure about what water pressure you have, it’s always best to have your plumber take a look and let you know before you purchase. A plumber will have a pressure gauge tool to work out exactly what pressure you have in your home, giving a much better idea of what taps will be suitable.

As an example, installing a high pressure bath filler in a low pressure system would mean that it would take ages for the bath to be filled, and since the water would be constantly cooling you would have to use more hot water to compensate. At Drench, all of our bathroom taps have labelled minimum pressures in the item specification tab.