Bathrooms are damp places. Having baths and showers, washing your face in hot water – these things make for a wet environment. There are steps you can take to keep mould at bay and your bathroom looking and smelling fresh, but much advice on the internet is about what to do about mould when you have it – there isn’t a huge amount of advice about prevention.

The problem is, once mould is established it is very hard to get rid of it completely - it will keep growing back. Here’s a few handy tips for you to prevent humidity and consequently, the build-up of mould in your bathroom.

One of the easiest and cheapest options to help moisture clear is to leave your bathroom windows open. The warm, moist air will disappear out the window and keep your bathroom cool and dry. There are two major drawbacks to this though. In the winter, the room could get very cold and the heat from the radiator will disappear outside along with the moisture. You also may not want to leave your windows open while you are at work – especially if it makes the house easily accessible to potential burglars. The other drawback is that the problem will not clear up if it is already damp outside. An alternate suggestion is to leave the bathroom door open after your shower.

It is very useful, not to mention easy, to clear water from tiling inside the shower cubicle. Water accumulates on the tiles and in the grouting, and this is where build-up of mould is most likely to occur. If you use a rubber squeegee blade to clean the glass, the water will drip into the tray and go down the plug hole with the rest of the water. Use a cloth on the tiles where possible, especially in problem areas around the shower. This simple step can eliminate up to 75% of all moisture that will lead to mould. 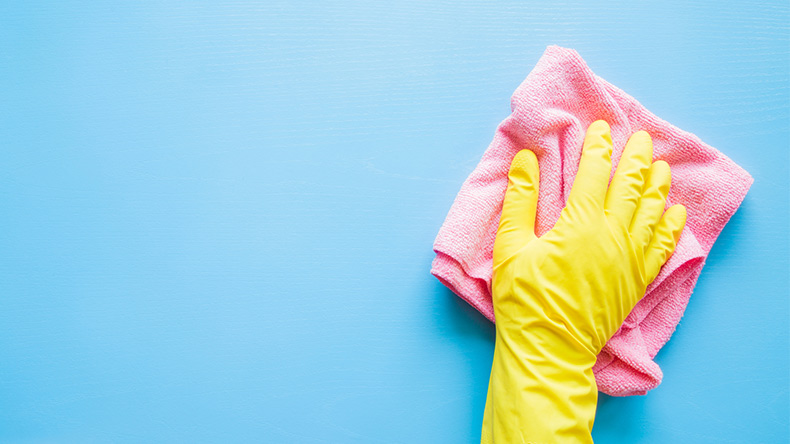 Install a High-Power Extractor Fan (not the cheap ones your installer supplies..!)

High temperatures combined with constant steam of our modern power shower is making our bathrooms damper than ever before. Make you've installed a good bathroom extractor fan to keep the dampness to a minimum. Don't settle for that cheap white plastic fan your installer wants to put in. We stand by HIB's brilliant range of turbo fans, in various finishes and extraction ratings.

If you have a fan installed and you don’t feel it makes much of a difference, then you are probably not running it for long enough. Most installers advise that you run the fan for at least half an hour after the end of the shower – many are on timers that end way before this, some as short as five minutes. This is not long enough.

Greenery in your bathroom is attractive and makes for a pleasant environment. Greenery removes only a small amount of water from the air so it is best not to rely on them too much and ignore some other tips mentioned here. Humidity-loving plants include the peace lily, orchid, aspidistra, spider plants and Boston fern. The peace lily especially requires daily spraying if it is to flower, so this is ideally placed near your shower. 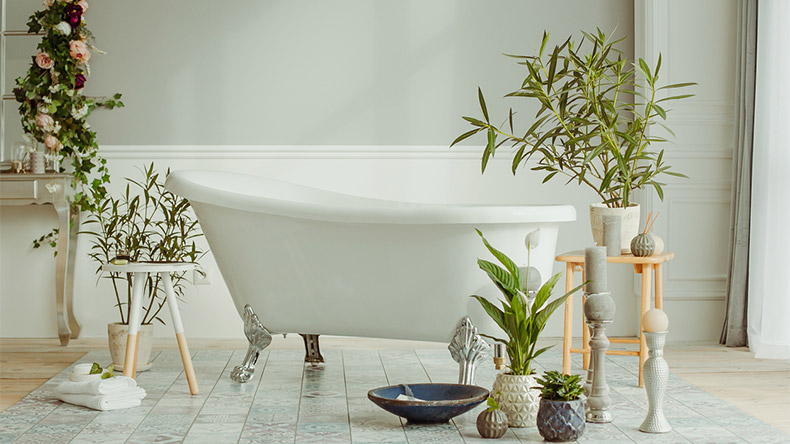 Most people re-grout their bathrooms when they are redecorating, when a tile is damaged and needs replacing, or when the grout has worn away. Outside of these times, they pay their grout no attention except to clean off mould. The problem is that the waterproof element of grout wears away over time and it becomes less effective. We recommended putting a layer of grout sealer on every year to maximise the waterproofing and stop mould building up.