Pop culture has brought us some of the most talented and influential people, helping to shape our world today. So, it’s probably no surprise that here at Drench we’ve been greatly influenced by them.

As a lover of all things pop culture and great bathrooms, Drench has designed bathrooms inspired by some of the biggest pop culture icons. Taking inspiration from their most famous looks, items and art.

But, can you guess who the pop culture icon is from the picture?

Read on to discover the inspiration behind the bathroom designs.

Purple everything – obviously. Taking inspiration from the music video, ‘When Doves Cry’, with the purple bath and stained-glass windows. And, of course, this wouldn’t be a Prince bathroom without a nod to ‘Purple Rain’, so we’ve adorned the shower screen with purple droplets. The ceiling showcases cheerful blue clouds to celebrate Prince’s renowned cloud suit. 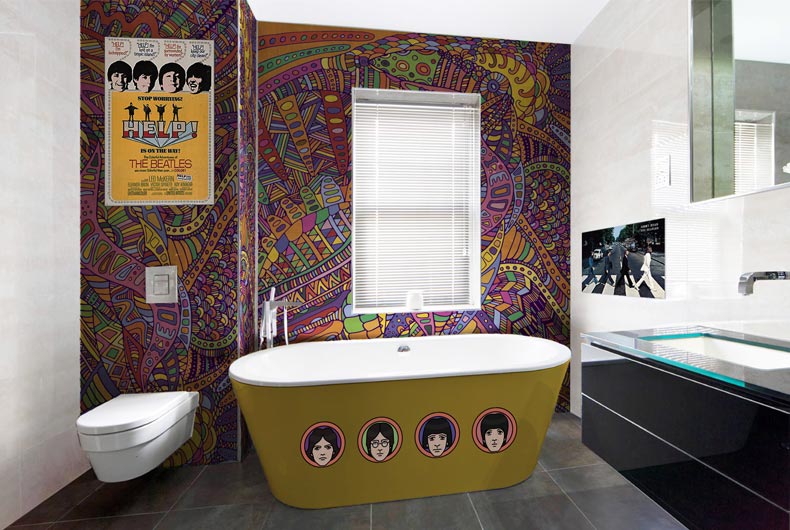 The Beatles are often regarded as the most influential act in music history, so typically, we couldn’t leave them out of this list. The colourful feature wall takes inspiration from the British band’s famous psychedelic 60s music. The yellow bathtub emulates the classic album and song, ‘The Yellow Submarine’, with prints of the band members in submarine windows. 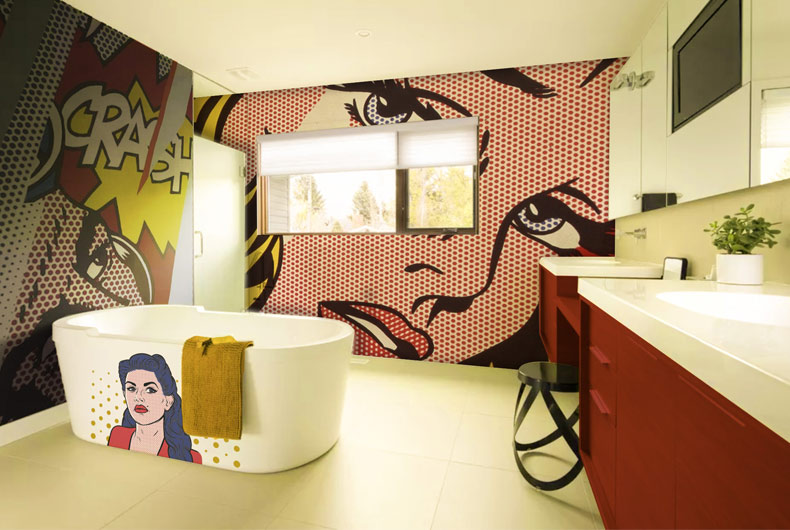 Roy Lichtenstein was a famous pop artist, part of the pop art movement along with Andy Warhol. The iconic artist was inspired by the comic book, so naturally, we’ve made this style the star of this bathroom design. With a beautiful red vanity unit, the room mixes colours that are prominent in Lichtenstein’s work, such as blue, yellow and red.

If you are feeling inspired by the artists, read more on our free 3D bathroom planning service to create the bathroom of your dreams!