If there’s one thing the Japanese know how to ‘wow’ us with, it’s technology. Whether it’s the fabled bullet train, their love of robotics, or being at the forefront of video game technology, they push the boundaries of what is scientifically possible. If we want to know what gadgets we’ll all be using in 5 years, more often than not we look to what Japan is doing today. Despite all these great technologies though - taxis with self opening/closing doors, robots taking your food order, trains that are never, ever late - the first thing that anyone who’s ever been to Japan will talk about on their return is the Japanese toilet. I should know; I’ve been that person. 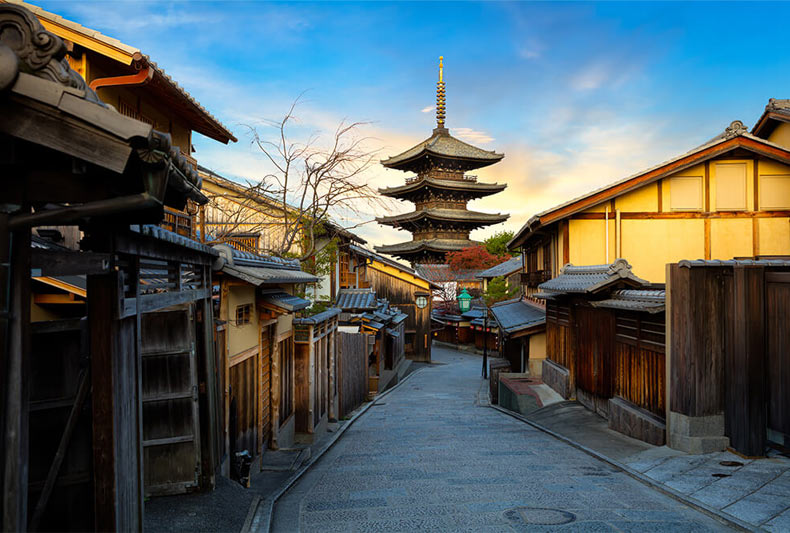 Are Japanese Toilets Really That Much Different?

There are two things that I found out about Japan. Everything is either very futuristic, or very traditional; there is almost no in-between. They also like to fuse the two from time to time. One prime example of this is the aforementioned taxis. Almost all taxis in Japan have self opening doors (operated by the driver’s push of a button) but - in Tokyo at least - most of the taxis that I saw looked like they were from the 70’s.

So, how does this relate to toilets? Well, in Japan you either get the most advanced toilet you’ve ever seen (which we’ll get on to later) or you get nothing more than a hole in the ground. Again, there is no in-between. The problem is, you often don’t know which one you’re going to get until you’ve committed to your cubicle!

It’s not just with their toilets that the Japanese have embraced bathroom technology though; a Japanese hotel was the first place where I saw a heated demister mirror in action. It was more than a little disconcerting to step out of the shower to see a perfectly clear portion of mirror while the rest of it was covered in condensation. This might not sound all that impressive now, after all, heated demister mirrors are now commonplace in many UK households, but to see one 5 ½ years ago in a modest 3* Japanese hotel was quite an awakening. 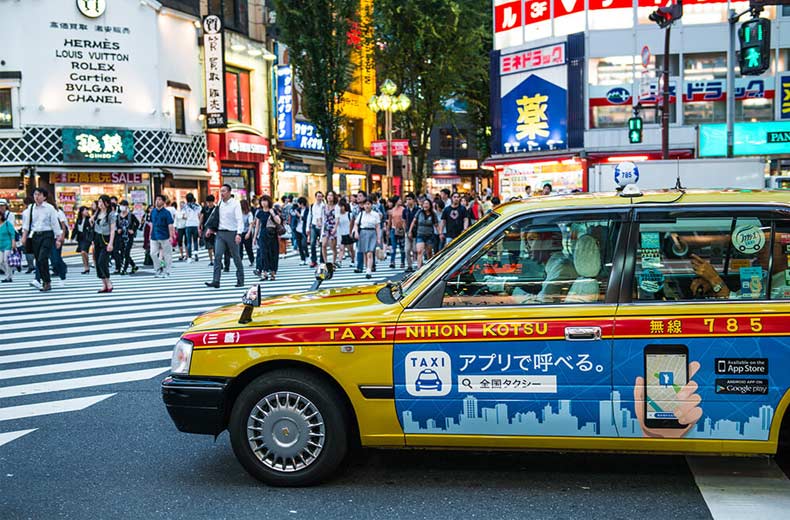 Let’s Hear About These Toilets Then

As a country, Japan does not cater well for tourists. Very few people speak English, although this is not a criticism. We are very lucky as a nation that English is so widely spoken in other countries. Imagine a Russian tourist refusing to learn any English before coming to visit England and just expecting us to speak Russian. In Japan there are also very few signs in English and, most strangely, cash is still the preferred payment method with debit and credit cards being very rarely used. It’s not the most pleasant thing to wake up to a message from home telling you that your card’s been blocked by the bank, then trying to spend 45 minutes on the phone trying to work out how to reverse call the bank. It turns out that the only cash machines in Japan that accept foreign cards are in Post Offices, although this might since have changed.

Anyway, I digress; let’s talk about toilets! This is another area where Japan does not cater for tourists. “How?” you might be wondering. Surely a toilet is a toilet? You’ve been using them for all but about 2 years of your life - can it really be that hard? The simple answer is, “Yes, yes it can.” Japanese toilets have so many buttons on them that one of them probably manages to send Tweets or release your tax returns. Some even have their own remote control! Of course, you could just use the toilet and not press any of the buttons, but honestly, who has that much self-control?! I know I didn’t.

Why are they so hard to use then? The problem lies in the fact that each toilet manufacturer uses their own symbols and it’s very hard to decipher what they do. Even when you’ve finally figured out what all the buttons on your hotel toilet do, the next one you use could have similar images but for completely different operations. It might sound like I’m making a mountain out of a molehill, but it’s seen as such a big problem (for tourists especially) that ahead of the 2020 Olympic Games in Tokyo, Japanese toilet manufacturers have agreed to standardise the symbols on their toilets.

What Functions Do Japanese Toilets Have?

The first thing that you notice with most Japanese toilets (after you’ve sat down and seen all the buttons) is that they have heated seats; a slightly odd sensation at first, but once you get used to it, it’s much better than the cold wooden or plastic seats we’re used to, especially on a cold morning. With some toilets, you may even notice something before you sit down, for there can often be a button that needs pressing just to open the seat lid.

The next feature that you’ll notice is the bidet spray, widely considered to be the most hygienic way to clean after using the toilet, but again, something which takes more than a bit of getting used to, if you even get used to it at all. The spray isn’t just a single function though, with front and back, weak and strong sprays available on most models. Fortunately, on most toilets these are set on a timer and will turn themselves off not long after you press the button. However, if they don’t turn off, you may find yourself in the unenviable position of my travelling companion - we’ll call him JM - who, after trying for more than a few minutes to turn the spray off, gave up and had to run the gauntlet of water sprays. The wet patches on his trousers suggested that it didn’t go entirely well.

The next function that you might come across - and one that JM desperately needed - is the dryer. It’s fairly self explanatory; you’ve just sprayed yourself with water and the dryer simply dries you. With some toilets, this is where the features end. More high-tech ones, however, have two more functions. There is the air freshener, which releases a lovely fresh scent into the air, and the button that plays soothing music to mask the sounds of you going to the toilet.

These types of toilet are still very, very rare in the UK, but certain companies like Geberit are trying to introduce the technology, and until it catches on further, their AquaClean seats are as close as you’re going to come to getting a Japanese-style toilet in your home. 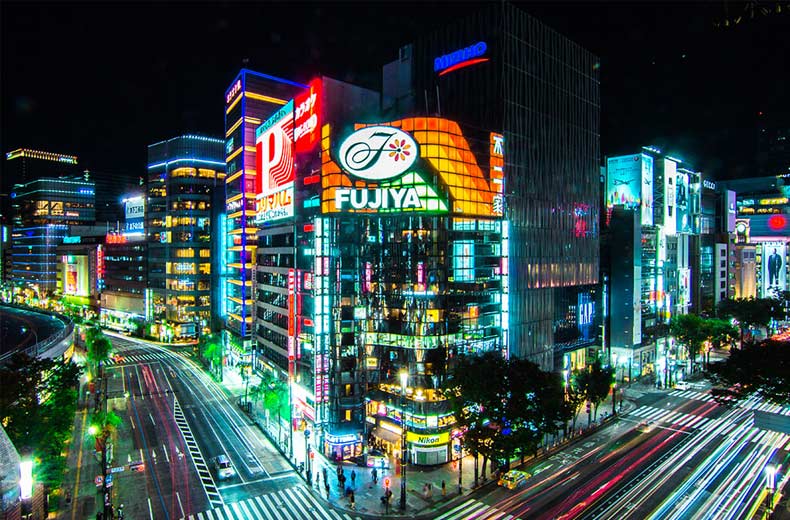 What About Japanese Bathroom Design?

Japan is known for its fashion. The country that brought us animé is also responsible for Geishas, so is their bathroom design as unique? In my experience, unfortunately it’s not. Whilst I didn’t go into many residential bathrooms, the ones that I did see had one main feature... white. White tiles, white floor and white walls were very popular. Some bathrooms also had a splash of black, but white is the main colour of choice, and that goes for vanity units and storage cabinets as well. So, whilst we may be wanting Japanese toilet technology, it’s unlikely that we’ll be trying to imitate their bathroom design trends as well.

Japan is an amazing country and one that definitely needs more exploring in the future. My quest is to return to Japan with more knowledge (and more money), and who knows, maybe I’ll be bringing you another blog in a few years telling you about the self cleaning toilets that I’ve seen or the shower enclosures that have built-in dryers that turn on as soon as the water’s stopped, leaving you bone dry before you’ve even stepped out of the shower...